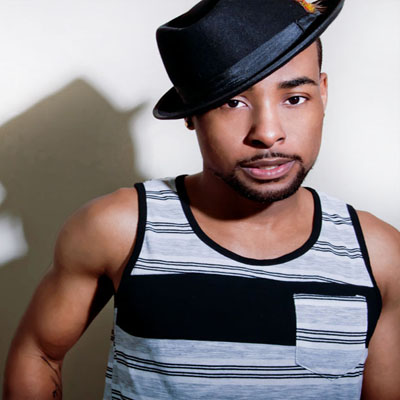 Sir Ledgen is a Jamaican-born, animated firestorm of organic movement coupled with pure passion for craft. He’s been dancing since his “diaper days” as a toddler in his living room. He migrated to the US and moved to New York, where he began dancing professionally shortly after.

Sir Ledgen trained in styles such as Hip-Hop & House, expanding to Popping, Waving, and Isolations, to name a few, while keeping a strong core in his native style of dance, Dancehall.

Since then, Sir Ledgen ventured into theater, working with Young Jean Lee's The Shipment, onstage at the 2009 International Reggae & World Music Awards (IRAWMA), even movies, in John M. Chu’s Step Up 3D.

Sir Ledgen's Jamaican roots, and hybrid style of dance, allowed him to travel across the US, Canada, and internationally to Europe, where he received a standing ovation for his performance at the Justé Debut (JDH) event in Paris, France. During his travels, Sir Ledgen taught workshops, performed, and held seminars about the history of Dancehall culture. He taught alongside one of his mentors, Laure Courtellemont at Justé Debut School, and at Broadway Dance Center NYC.

Recently, Sir Ledgen was featured in Kiesza – No Enemiesz video as a dancer & specialty choreographer, and played a role in her Sound of A Woman album trailer, as an actor. His choreography and dancing skills have been featured in many different art forms, including Busta Rhymes video ft Nicki Minaj & Pharrell - Twerk it Remix, Summer Jam Stage 2014 (LARGE UP) ft Chronixx, cablevisions FUSE TV for Hustle After-Party, and many more.

Sir Ledgen is currently directing and editing projects for LARGE UP media and other clients, while planning his next tour of Europe. He’s now a member of Ragga Jam (USA).

Sir Legden always a student of the arts and continues to share his cultural experiences and a smile with all who embrace it. So come one and all for the love of Dancehall.