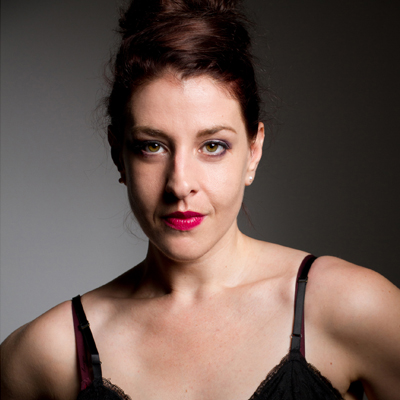 She is the executive producer and director of Breton Follies, a dance theater-film production company, featured at New Victory Theater 42nd Street, Jacob's Pillow Dance Festival, and has taught for New York University, Broadway Dance Center, Peridance, Joffrey Ballet School, The Place (London), Dance Base Scotland, San Francisco State University, LINES Ballet, and Complexions Contemporary Ballet. She holds a BFA in Ballet Performance from the University of Utah and received her training at the School of the Hartford Ballet. Her work has been featured in The New York Times, Curve Magazine, Broadway World, Pointe Magazine, Dance Magazine and the Huffington Post.

Class begins with a logical and steady progression through barre, emphasizing the expansion of all mind and body systems. In the center, dancers are encouraged to express their individuality exploring themes of power, fluidity, and definitive musical choices. Center combinations supply challenging and intricate choreography, with an overall emphasis on energy efficiency and flow. I continue to incorporate the "why" as well as the "how" of classical ballet. It is my great pleasure to share my love of dance, welcoming dancers of all ages and varying levels. Enjoyment of movement and flight are highly encouraged.