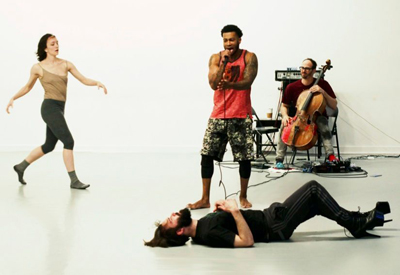 Based in New York City, the company is committed to the creation of unique Dance Theater and Physical Theater performances. With a keen eye for direction and a clear understanding of the ability of the human form to move in space, Noworol pulls on her company of international performers and designers to create original, raw displays of dance, theater, and multimedia that demand life, passion, and physicality. Though each new work and commission for PNDT is cast according to its content, many of PNDT’s performers have worked with Patricia on more than one production. Thus, as a company, Patricia Noworol Dance Theater (PNDT) pushes the limits of the human psyche now, igniting the primal instincts and confronting the social complexities that make up daily life.

Patricia Noworol, award-winning choreographer, dancer and teacher, graduated from the Folkwang University of Essen, Germany with a BFA in Dance Performance on Stage and an MFA in Dance Education. She also attended NYU Tisch School of the Arts on scholarship before graduating with her second MFA in Dance and Choreography in 2008. Additionally, she studied intensely under The Merce Cunningham Dance Foundation and The Lee Strasberg Theatre & Film Institute in New York City. As a dancer herself, Ms. Noworol has had the privilege of collaborating with some of the world’s most important dance personalities – some of whom include Pina Bausch, Dominique Mercy, Malou Airaudo, Merce Cunningham, Alfredo Corvino, Gus Solomons, Jr. and Jean Cébron.