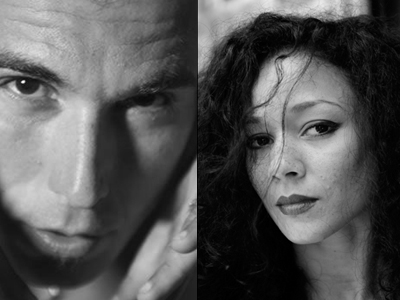 Michele Oliva is originally from southern Italy. He began his studies of classical and modern dance in the city of Bari, and then moved to Rome and began a career in various modern techniques.
Between 1999 to 2003 he was a dancer for international stars such as Geri Halliwell and Kylie Minogue, touring with them around the world (UK, Spain, France, Russia, Germany, Australia, Canada, China). Michele then worked as assistant choreographer and dancer for the popular Italian television program Amici, which proved to be a huge success.
He has composed contemporary choreography for dance companies in Italy and Europe:
- Back Line (Aton Dino Verga, Rome) tribute to Merce Cunningham
- Everythig flows and "Lueceinbuio" (Opus Ballet Company, Florence)
- Side of the track (Pop Ballet, Czech Republic)
- Near the Moon (Project Pantarei, Dance Festival, Slovakia)
-Empty Spaces (Botega Dance Company, Rome).
He is guest teacher workshops in Italy and around the world, among which Winter and Summer Intensive Complexions Contemporary Ballet Winter and Summer Intensive (New York), Dance Festival (Kiev), Tanec Bez Hranic (Prague).
From 2012 Michele is Artistic Director of Oliva Contemporary Dance Project.

Francesca Dario (Venice, Italy) received her formal training at the Scuola Di Danza Edda Marcialis in Venice, Teatro alla Scala in Milan, and with the 4th Professional Specialization Dance Course in Rovigo, Italy. Her early professional career consisted of performances with Teatro Sociale di Rovigo and Compagnia Fabula Saltica, where she performed works by Fabrizio Monteverde and Claudio Ronda. Ms. Dario has also performed in the musical opera La Divina Commedia, with choreography by Anna Cuocolo. She was a principal guest dancer in Carmen from Bizet, with choreography by Mario Piazza. In 2004, Ms. Dario joined Compagnia Pantarei (Artistic Director Michele Oliva), where she was a soloist and rehearsal director for Mr. Oliva’s work. In 2009 she was a soloist with Balletto 90. Ms. Dario has danced for Complexions Contemporary Ballet in New York City from 2010 to 2012.
As a dance instructor, she has taught numerous workshops, including Mediterraneo Dance Festival in Italy from 2008-2009, Word Dance Movement in Italy from 2011-2012, and TBH in Prague from 2009-2011. Ms. Dario has also taught several classes for Peridance Capezio Center in NYC and was a guest teacher at New York University.
From 2012 Francesca is Co-Director of Oliva Contemporary Dance Project.