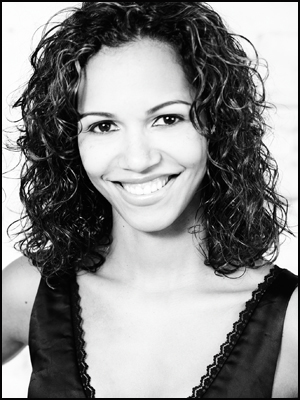 In 2000, Danielle joined the Ringling Bros and Barnum & Bailey Circus, where she worked with choreographer Tony Stevens for over three years. Later, Danielle relocated to New York City, and taught modern and ethnic dance workshops in the Harlem YMCA. She joined Djoniba Dance & Drum Centre as a teacher of Brazilian Samba in early 2004. Her creative choreographic approach for teaching includes fitness along with traditional and contemporary Samba from Rio and Bahia. In 2005, she founded the Brasileirando Dance Group - a company that focuses on disseminating Brazilian folkloric and contemporary dances. Brasileirando has performed at Lincoln Center, Socrates Park 20th Anniversary, Soho's Art Parade, and the Dance Conference in St Louis.
Danielle Lima is one of the teaching artists of the program Dancing Classrooms from American Ballroom Theater. She also teaches in the Arte Capoeira Center.