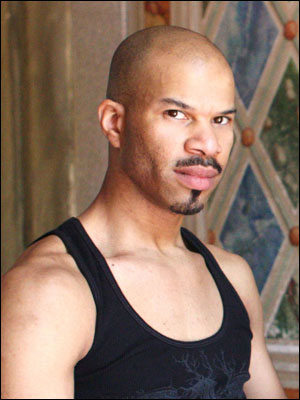 Christian von Howard is the Artistic Director of the VON HOWARD PROJECT, a contemporary dance company based out of New York City. As an international artist, he has worked with many dance artists such as Fred Benjamin, Doug Varone, Fernando Bujones, Douglas Becker, Germaul Barnes, Daniel Gwirtzman, Charles O. Anderson and various others. Christian is a NJ State Council of the Arts Choreographic Fellow (2006) and his choreography has been produced in various venues across the globe including Germany, Japan, Bulgaria, Colombia, Chile, South Korea and in the states at Dance Theater Workshop (now New York Live Arts), Joyce SoHo, Dixon Place, the Ailey Citigroup Theater amongst others. His guest artist teaching/residency highlights include Dance Masters of America, the Interlochen Arts Academy, American Dance Festival, Dance It! Festival(Bulgaria), Peridance Capezio Dance Center, the Korean Dance Festival and numerous private and public dance institutions. Christian is a 2013/2014 recipient of the Distinguished Achievement in Teaching Award from Virginia Commonwealth University’s School of the Arts where he was part of the teaching faculty in the Department of Dance & Choreography from 2008 to 2014. He is currently an Associate Professor in the Department of Theatre & Dance at Montclair State University and concurrently teaches at the Alvin Ailey School in NYC where he has been on faculty since 1998. Christian also serves as the Northeast Regional Director of the American College Dance Association. He holds advanced degrees in Performance and Choreography from the School of Classical and Contemporary Dance at Texas Christian University and from Tisch School of the Arts, New York University.
Visit vonhowardproject.com
Photo by Steven Schreiber