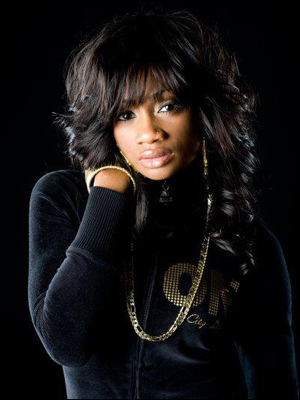 Always representing The South Bronx, Tweetboogie is devoted to the street styles of hip-hop. She enjoys traveling all over the world teaching in different countries such as Japan, Poland, China, The Philippines, Ukraine, Saudi Arabia, Australia and South Africa to name a few. Assisting choreography on shows like "So You Think You Can Dance Canada" with Luther Brown, her passion led her to work with top artists like Jay-Z, Fergie, Mya, Shareefa, LL Cool J, Mary J Blige, Ryan Leslie, Shakira and recently Wynter Gordon. She has done commercials for iPod and NIKE commercials in Europe. Recently, Tweetboogie choreographed Jazmine Sullivan's latest videos "Holding You Down" and "10 Seconds" and her stage show for the Mary J Blige Tour. She was also the host of MTV's "Dances From The Hood" On Demand. Two of her biggest clients were Oprah and Gail, when she taught them some of the latest hip-hop moves as a guest choreographer on The OPRAH Show.

Check out some recent videos of Tweetboogie here!

Tweetboogie teaches a mixture of different hip hop street style dances including how to use the correct feeling and expression behind every move.