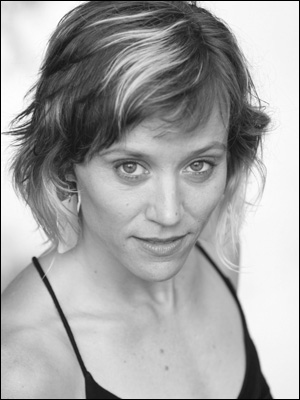 
Nicole Wolcott is a choreographer, teacher and performer based in Brooklyn and is also the Co-Founder and Education Director for KEIGWIN + COMPANY. Called “One of today’s finest dance comedians and a knockout dancer,” by the New York Times, Nicole has enjoyed a long career with dance companies, rock bands and video artists around the country and been the subject of a feature article in DANCE TEACHER magazine. After co-founding KEIGWIN + COMPANY, Nicole was the Associate Artistic Director and a featured dancer until 2013. As an independent choreographer her work has been performed in New York City at a range of venues from The Joyce Theater to CBGB’s and she has been commissioned by multiple universities including the University of Utah, the University of Wisconsin and Texas Tech. Currently she is touring her evening length solo titled PaperPieces. Quinn Baston of Offoffoff.com says, “Nicole Wolcott's PaperPieces is/are all over the place literally and emotionally, but that is somehow perfect.” Other highlights of her career include performing at the Metropolitan Opera House, working with site-specific choreographer Noemie Lafrance; being a featured dancer in Doug Elkin’s original “Fraulein Maria”, appearing in music videos and concerts with FischerSpooner; and being a core dancer in “Across the Universe,” an Oscar nominated film by director Julie Taymor. ( keigwinandcompany.com)